RESIDENCY REGULATIONS (condensed; residency rules and regulations may be subject to change).

Students who do not qualify as bona fide residents of the state of Hawai‘i, according to the University of Hawai‘i rules and regulations in effect at the time they register, must pay the non-resident tuition. An official determination of residency status will be made prior to enrollment. Applicants may be required to provide documentation to verify residency status. Once classified as a non-resident, a student continues to be so classified during his/her term at the college until he/she can present clear and convincing evidence to the residency officer that proves otherwise. Some of the more pertinent University residency regulations follow. For additional information or interpretation, contact the residency officer in the Admissions Office. The complete rules and regulations are available at the Admissions Office.

DEFINITION OF HAWAI‘I RESIDENCY
A student is deemed a resident of the state of Hawai‘i for tuition purposes if the student (19* or older) or the student (under 19*) and his/her parents or legal guardian have:

To demonstrate the intent to make Hawai‘i your legal residency, the following evidence apply:

Other evidence, such as permanent employment and ownership or continuous leasing of a dwelling in Hawai‘i, may apply, but no single act is sufficient to establish residency in the state of Hawai‘i.

Other legal factors in making a residency determination include:

BOARD OF REGENTS EXEMPTIONS

This list is subject to change. For a current list, eligibility and documentation requirements, please contact the Admissions Office of the campus to which you are applying.

Once classified as a non-resident, a student continues in this status at the College until submitting satisfactory evidence to the Admissions and Records Office that proves otherwise.

The maximum number of non-resident students that can be accepted by the College is limited by the Board of Regents policy. Students classified as non-residents are required to pay non-resident tuition, unless exempted from paying such tuition through one of the statutory exemptions listed above.

Residency decisions may be appealed by contacting the residency officer for information on how to initiate an appeal before students register for classes. Appeals are heard by the Committee on Resident Status only after the tuition is paid.

MISREPRESENTATION
A student or prospective student who provides incorrect information on any form or document intended for use in determination of residency status for tuition purposes will be subject to the requirements and/or disciplinary measures provided for in the rules and regulations governing residency status.

APPEAL PROCESS
Residency decisions may be appealed by contacting the residency officer for information on how to initiate an appeal.

*The age of majority is 18 years. However, a person between the ages of 18 and 19, unless emancipated, cannot claim residency solely on the basis of himself/herself because he/she does not have the minimum 12 months residency which commences on his/her 18th birthday. Therefore, the applicant must claim a portion of the required 12 months on the basis of his/her parent or legal guardian. 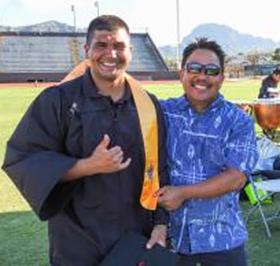